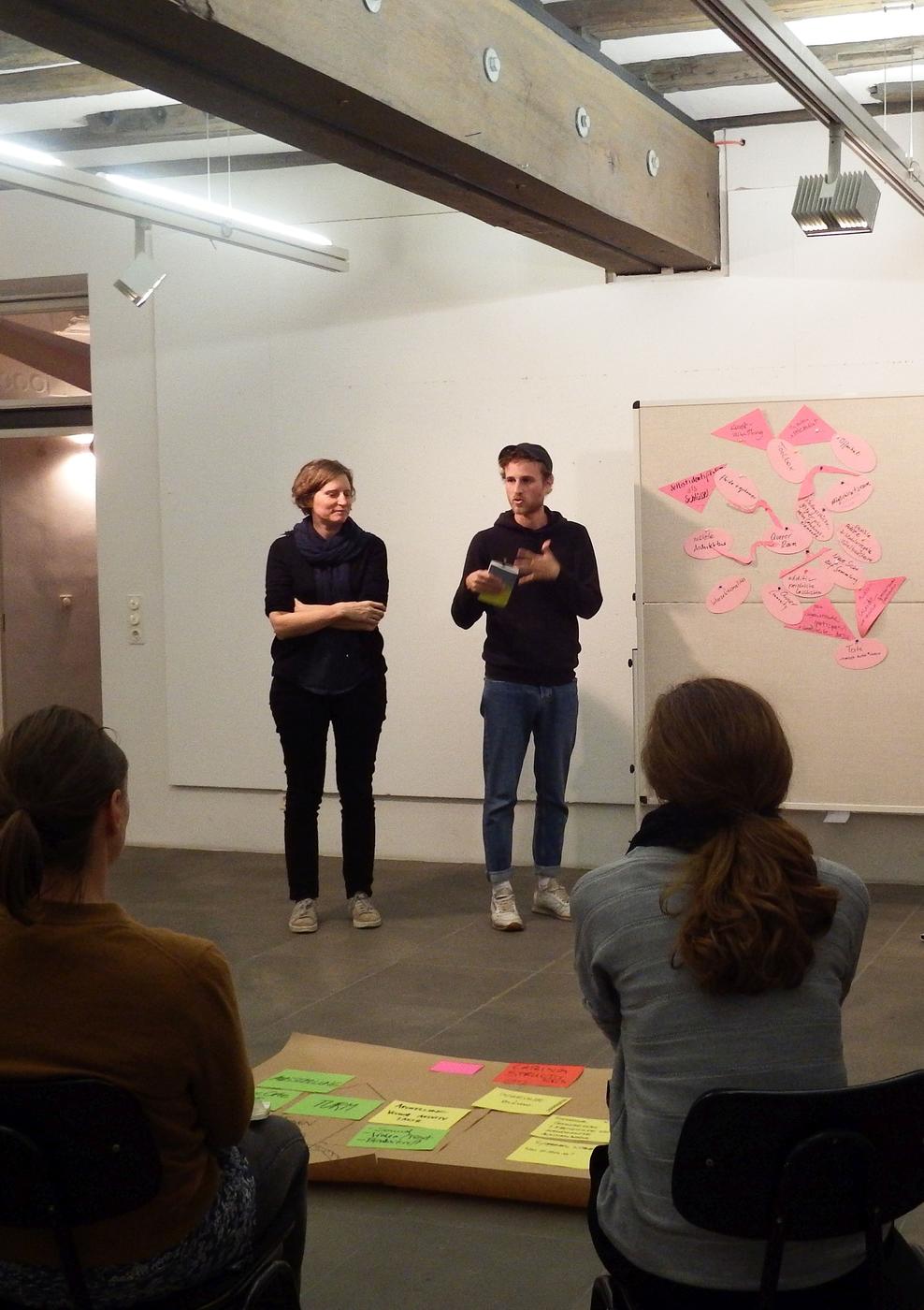 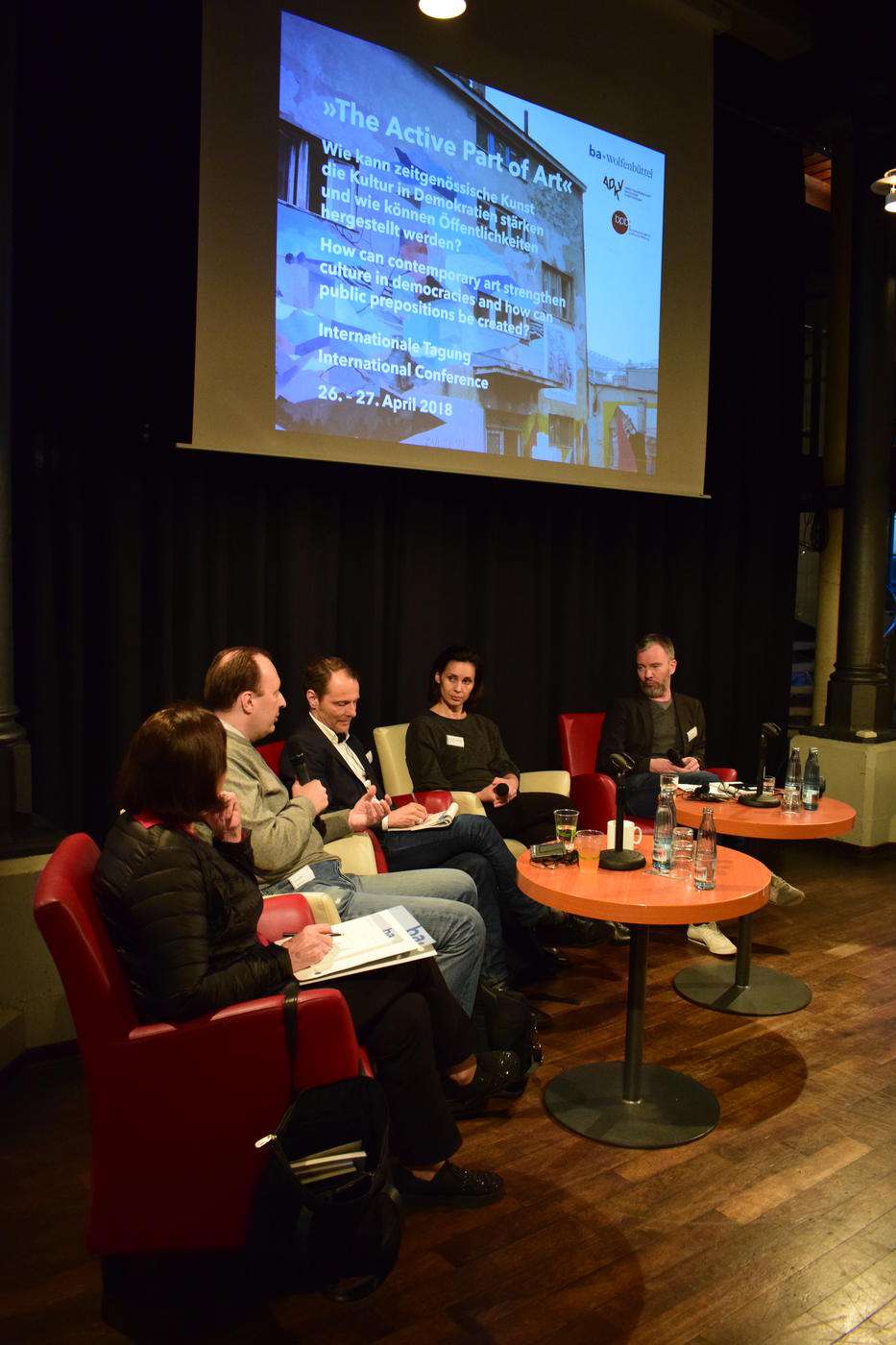 The discourse on art education has steadily been growing over the past ten years. Many conferences and workshops were held, in which new ideas were formulated concerning the reception of art; how to view art as part of one's own life; as well as the examination of art allowing for different observations and interpretations. Many German states established new funding programs for projects and concepts. Within large exhibitions in 2007, art education was for the first time considered to be of equal significance to the actual art projects.

Carolina Kecskemety provided artistic guidance at the conference, and the German-Finnish artist couple Tellervo Kalleinen and Oliver Kochta-Kalleinen, founders of the Complaint Choir, were also invited to present their project concept. In a workshop, participants were able to reflect upon the subject matter of the conference and had the opportunity to explore by actively experiencing.

A corresponding publication on the conference was produced in 2009.

in cooperation with the Bundesakademie für kulturelle Bildung Wolfenbüttel.
A corresponding publication on the conference was produced in 2006.

A corresponding publication on the conference was produced in 2002.

The two-day event examined the possibilities of contemporary art education and participative forms of production in Kunstvereine and museums. What is the role of the audience in art institutions today? How does education work? Under what conditions and with which means can exhibitions become actual communication spaces?

Contemporary art education models seek to involve the viewer by engaging them as co-producers, collaborators or exhibition critics in a discussion. These models also present approaches for art institutions to further cultivate their respective missions - by implementing new, dynamic forms of presentation.

The event began with a series of talks on art education as an autonomous sphere of action caught between opposing institutional and emancipatory demands. The following day, workshops provided insight into current forms of art education and examined the potentials of its reflexive and experimental practice.

From 2006 to 2008, Arbeitsgemeinschaft Deutscher Kunstvereine (ADKV) teamed up with the German State of Baden-Württemberg on a collaboration, which sought to guide, strengthen and further develop the region's multifaceted landscape of Kunstvereine and promote its vital place within the region. Networking, qualification and art education were the focal points of the project.

In 2013, ADKV invited its members to KUNSTRAUM TOSTERGLOPE e.V. in Landkreis Lüneburg for the network meeting Art Education in the Countryside. Since 2009, KUNSTRAUM TOSTERGLOPE e.V. has been implementing art education actions in schools across the district and was awarded with the BKM-Preis für Kulturelle Bildung for their project "AMBULANZ. Kunstvermittlung auf dem Lande."

After a visit to the Torben Ebbesen - Sculptures from Denmark exhibition, Johannes Kimstedt held a short speech, which gave impetus for a wide-reaching and at the same time very personal art education discourse on the specificity of the countryside.

In June 2012, ADKV invited their members to a network meeting to explore documenta 13's unique art education concept. This network meeting in Kassel allowed not only for a dialog to take place amongst the directors of various Kunstvereine, but also for the organization of the members' group trips.

Julia Moritz, Director of the division "Vielleicht Vermittlung und andere Programme," led the first part of the meeting, which was concerned with the art education opportunities of the d13. Following the talks, theoretical concepts were then applied on a tour with a "Worldly Companion".